Designed a multi-layer feed forward Neural Network to predict Solar Flares with an accuracy of 82%.

Solar flares are a brief eruption of high-energy radiation and strong electromagnetic forces emerging from the Solar surface that can cause extreme damage to man-made technical equipment orbiting the Earth and also the Surface of the earth. This makes them one of the most disruptive events in the Solar System and thus arises the dire need for the ability to predict them. Team Sol’s objective was to produce a predictive model with enough accuracy to predict class wise Solar Flares that are going to occur in the future. As a part of this, various phenomena happening on the Solar surface and atmosphere were studied and certain phenomena that would generate a Solar Flare were identified. Five parameters that represent these phenomena were filtered and were finalized to be used to predict the Flares. 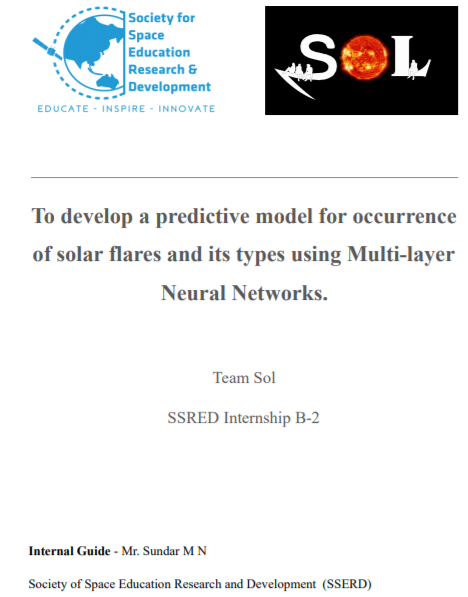 If you get to thinking and want to find out more, be sure to drop at mail and we'll get back to you.